EU commission vice-president Frans Timmermans has taken a swipe at MEPs who preach transparency but have not implemented the same rules as the commission when it comes to meetings with lobbyists.

EU commission vice-president Frans Timmermans has taken a swipe at MEPs who preach transparency but have not implemented the same rules as the commission when it comes to meetings with lobbyists.

Making a pointed reference to this "august" building during a transparency debate on Thursday (23 April), Timmermans noted that while the parliament asks many questions of him, it gets "irritated" when the process is reversed. 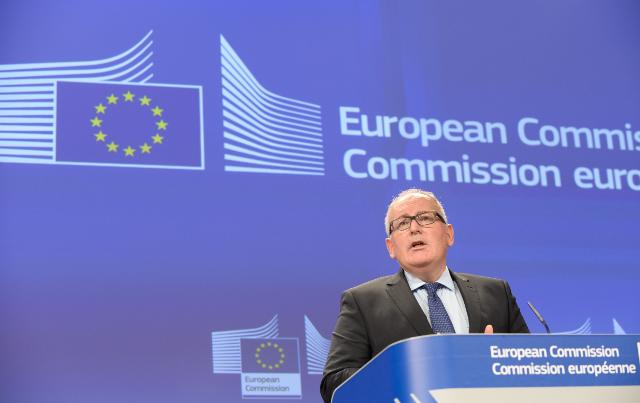 Transparency - a hot topic when it comes to EU law-making (Photo: European Commission)

"When I ask that some members get really irritated with me. One member of the European Parliament who is very much engaged in this issue - from the (centre-right) EPP - said 'we've been elected, you have not. So we don't have to do the same register that you have done".

Timmermans said he "did not follow the logic" of that reasoning noting to the outside world, all EU institutions appear the same.

Transparency and the role of lobbyists in EU law-making has become an increasingly hot topic in Brussels in recent years with the scope of legislation increasing, but the way it is done not becoming more open.

"We just don't know how many lobbyists there are in Brussels or how they influence law-making," said Daniel Freund of Transparency International. Estimates run from around 15,000 to as many as 30,000.

A long-running debate has been whether to make a lobbyist register mandatory. The current commission took steps to improve transparency by saying that commissioners, cabinet members and heads of departments may only meet registered lobbyists and must then publicise these meetings.