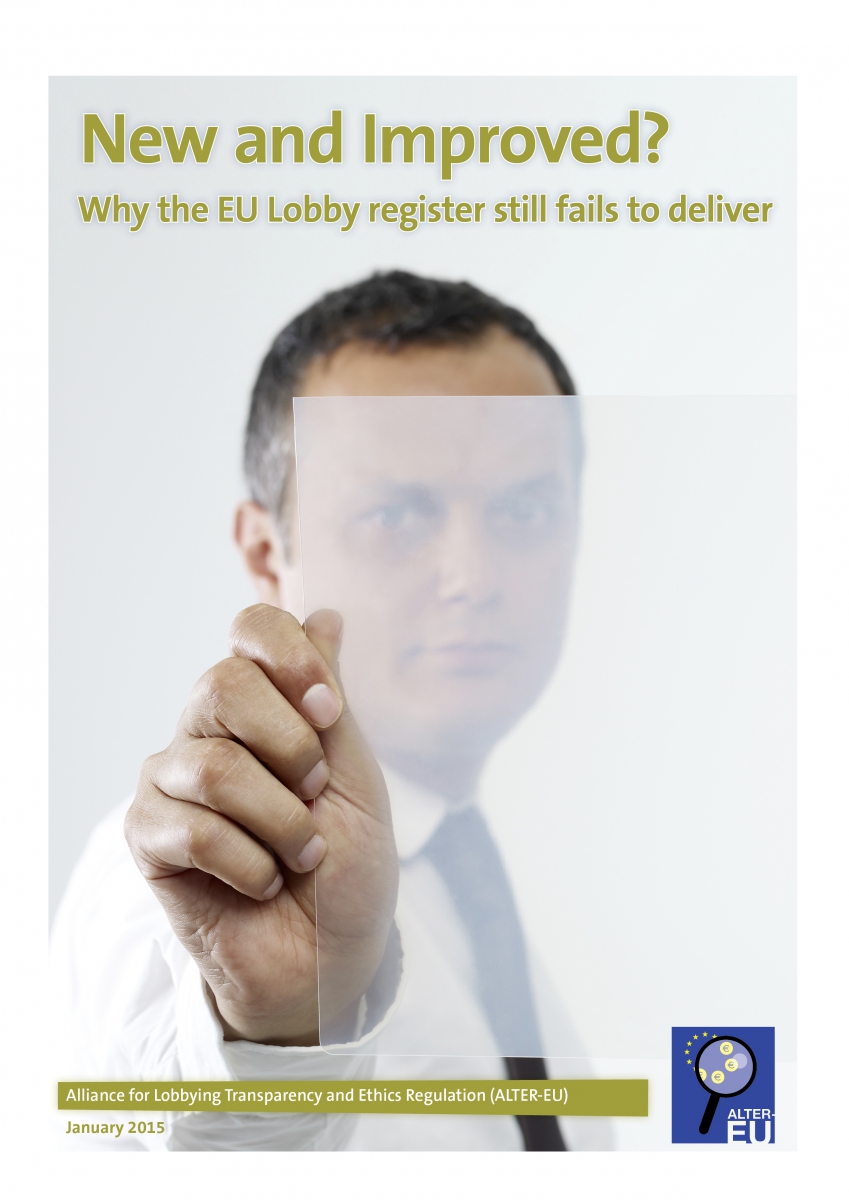 New research published today shows that too many major lobby organisations, including financial lobbyists the City of London Corporation and Credit Suisse; major corporations such as Electrabel, Anglo American and General Motors; law firms such as Covington & Burling and Freshfields Bruckhaus Deringer; and lobby consultancies, are not listed in the lobby transparency register despite being active in EU lobbying.[1]

The research by the Alliance for Lobbying Transparency and Ethics Regulation (ALTER-EU)[2] is being published on the same day as the re-launch of the Commission-Parliament joint lobby transparency register. The current voluntary approach to lobby regulation does not give an accurate picture of lobbying in Brussels, and the Commission's proposal for an inter-institutional agreement will not be the solution as it will not be binding on lobbyists. For ALTER-EU, the changes being introduced are minimal and will not solve its fundamental problems.

ALTER-EU's research shows that too many entries within the register are based on unreliable or even misleading data. Some examples include:

There are many other anomalous entries detailed in the report.[4]

“The Commission's proposed inter-institutional agreement to introduce a so-called mandatory lobby register is misleading, as it will not be binding on lobbyists and thus not be mandatory. What is needed is a legislative proposal, to ensure that lobbyists are legally obliged to be fully open and honest about all their lobbying activities and to ensure that strong sanctions can be applied in case of breaches of the register.”

“Even with the relaunched register, lobbyists can still choose if they want to be be transparent, and they can still appear in the register with totally misleading data. Despite the fact that registering is now a condition for meeting with Commissioners, without fundamental changes to the quality of the register, lobbyists can give a totally wrong impression of their lobbying activities and still get access to high level decision-makers. This is what happened, for example, in the case of Goldman Sachs. Their registration is subject to a complaint by LobbyControl, Corporate Europe Observatory and Friends of the Earth Europe, filed today.”

“Campaigners, journalists, and all EU citizens have a right to know who is lobbying our decision-makers, on which dossiers, and how much money they spend on lobbying. Full transparency is essential for getting a true picture of lobbying in Brussels and for ensuring balanced input of the views of all stakeholders.”

The European Parliament has long demanded a tougher approach to EU lobby regulation.[5] ALTER-EU calls on the European Commission to make a legislative proposal for a legally-binding lobby register by the end of 2015, with the aim of the new register being operational by mid-2017.

[1] The research is available here.

[2] ALTER-EU is a coalition of over 200 civil society groups and trade unions concerned with the increasing influence exerted by corporate lobbyists on the political agenda in Europe. During the elections, ALTER-EU ran the Politics for People campaign which gained the support of 180 MEPs, all of whom have pledged to “stand-up against the excessive lobbying influence of banks and big business”.

[3] LobbyControl, Friends of the Earth Europe and Corporate Europe Observatory complained to the EU lobby register secretariat about the Goldman Sachs entry on 27th January 2015.

[4] All data and examples referred to were accurate as of the date on which they were accessed. This is specified in the report.