Tweaks to ethics rules for EU Commissioners only band-aid solution

ALTER-EU responds to the Commission's proposals for reforms to the Code of Conduct for Commissioners. 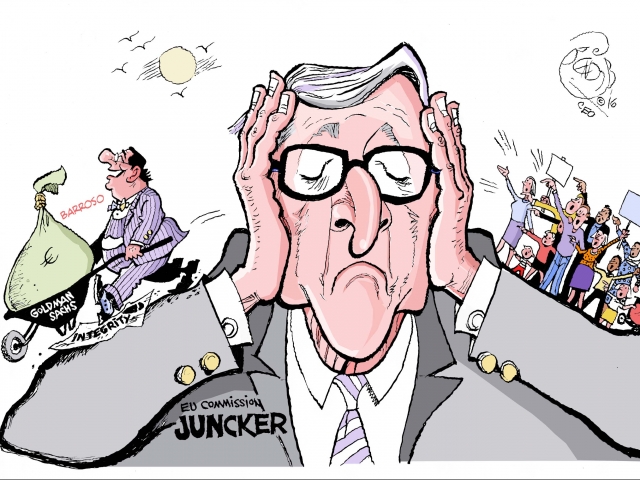 The European Commission today announced its plan to introduce minor reforms to the Code of Conduct for EU Commissioners. According to the Alliance for Lobbying Transparency and Ethics Regulation (ALTER-EU) the proposal to extend the cooling-off period from 18 months to two years for ex-commissioners and to three years for former Presidents will still fail to prevent future ethics scandals.

“The suggested tweaks to ethics rules for ex-Commissioners are nothing but a band-aid - they cannot patch over the many holes in the Code of Conduct. Despite numerous scandals in the past months, President Juncker is apparently still reluctant to recognize the full extent of the Commission’s ethics problem.

“A slight change to the ethics rules will also not save the European Commission’s face right now. It does nothing to address the Brussels culture that approves of commissioners, officials and MEPs passing into corporate jobs burdened by conflicts of interest.

“By refusing to create a stronger ethics body with fully independent members and the power to investigate breaches of rules and to impose sanctions, Juncker continues to allow commissioners to regulate themselves. This means we are likely to see more revolving door scandals of the sort linked to ex-President Barroso or ex-commissioners Neelie Kroes and Karel de Gucht.”

The Commission announcement also revealed that the Ad-Hoc Ethics Committee opinion on ex-President Barroso’s move to investment bank Goldman Sachs International as chairman and adviser is still under discussion.

“It has been more than four months since Barroso joined Goldman Sachs, and the ethics committee already published its recommendation over three weeks ago, but the Commission has still not made a decision. Instead of procrastinating when there are allegations of unethical conduct against Commission officials, Juncker should take these cases seriously and act swiftly.

“More important still, a proper ethics system has to stop Commissioners acting as judge and jury towards their colleagues and pass this power over to an independent and transparent ethics body.”