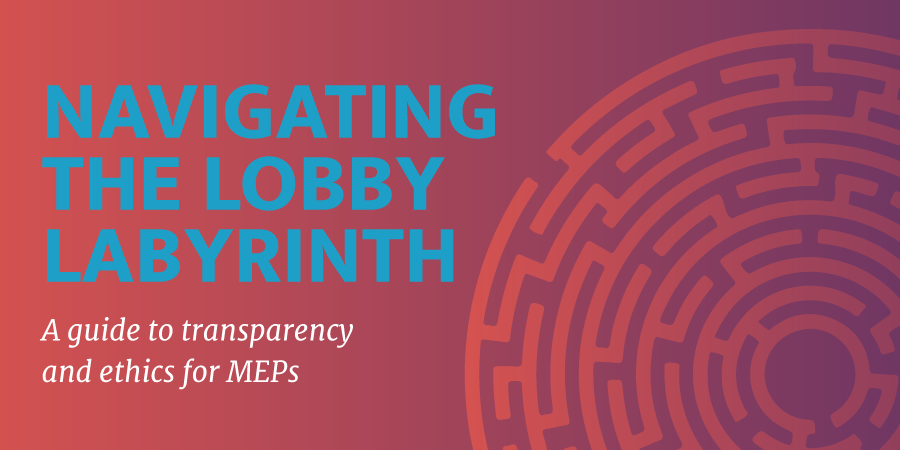 In May 2019, the peoples of Europe elected a new cohort of 746 MEPs. Many of them are new and not aware of the many issues with EU lobbying and the rules in place to protect MEPs.

This guide provides MEPs with a consolidated overview of the rules the European Parliament has established in order to prevent conflicts of interest, create transparency around lobbying and spell out the duties and rights of people lobbied, as well as those who lobby. Our brand new Ethics Guide ‘Navigating the Lobby Labyrinth’ also presents best practices on how to implement them.

The guide was sent to the MEPs today, together with a cover letter introducing ALTER-EU, – a few days after the European Court of Auditors presented a report showing that 55% of European Parliament staff members did not know much about the ethical framework applicant to their institution (Link to report: https://www.eca.europa.eu/Lists/ECADocuments/SR19_13/SR_ethical_framewor...). We hope the small book delivered at the beginning of the legislative can contribute to a better understanding of the rules.

In many areas, implementation is still lacking

The guide also shows where there are areas of improvement. In the last years, MEPs have introduced some important rules to improve transparency and resolve conflict of interest situations, for example the impossibility for MEPs to be professional lobbyists as a side job. But especially the implementation of the rules still needs a lot more work. For example, in the past years, ALTER-EU has filed various complaints about second jobs with the risk of conflicts of interest to the successive Presidents of the European Parliament – none of these conflicts has been resolved.

But lobbying and ethics rules alone won’t resolve the arguably biggest challenge of interest representation today: The lack of balance in the access to power and the increasing influence exerted by corporate lobbyists on the political agenda in Europe.

There are things MEPs can and should do themselves to deal with this problem: make sure to have a balance of interests in their lobby meetings, actively reach out for citizens and seek multiple viewpoints.

But there will be the need to think further about how to make sure the voices of the citizens can be better heard in Brussels against the often well-resourced special interests of business. ALTER-EU is ready to discuss these questions with MEPs.