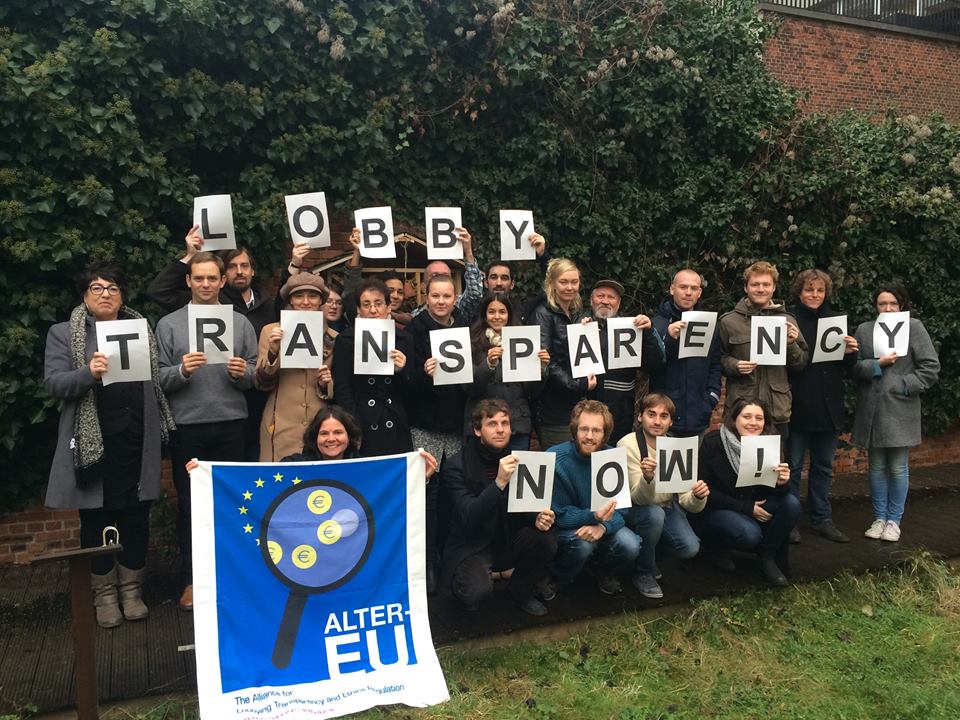 After ALTER-EU submitted five complaints to the EU lobby register secretariat, we explain why we are disappointed with the reply.

Inaccurate lobby register entries make a mockery of Juncker's transparency reforms: this is the only possible conclusion to draw after ALTER-EU (the Alliance for Lobbying Transparency and Ethics Regulation) submitted a series of complaints to the EU's lobby transparency register secretariat about inaccurate entries. In no case did the secretariat take any action against the lobby organisations in question.

In July, ALTER-EU submitted five complaints to the secretariat of the lobby register which is jointly run by the European Commission and Parliament. The complaints focussed on five organisations: AeroSpace and Defence Industries Association of Europe (ASD); Cisco Systems; Conseil de Coopération Economique (CCE); European Round Table of Industrialists (ERT); and the Union Européenne du Commerce du Bétail et des Métiers de la Viande (UECBV). Each had declared less than €9,999 annual lobby expenditure but appeared to have lobby staff levels and/or lobby activity implying a far greater presence in the Brussels bubble.

ALTER-EU has had long-standing concerns about the accuracy of data in the EU lobby register and it is clear from a look at the LobbyFacts rankings of lobbyists (which analyse the data from the official register) that many entries are erroneous. Transparency International recently submitted a complaint to the register secretariat which alleged that as many as half of the 8000+ entries are “inaccurate, incomplete or outright meaningless”. ALTER-EU has also consistently argued that the secretariat is unable to properly enforce the rules of the voluntary registration system, and only a register backed by the force of the law can really ensure better data quality.

The response from the secretariat to our five complaints has borne this view out.

Soon after we launched – and publicised – our complaints two of the organisations (Cisco and UECBV) updated their registrations, presumably in an attempt to snuff out the oxygen of bad publicity. Cisco now declares €900,000 - €999,999 and UECBV declares €500,000 - €599,999, both of which represent massive increases in their original declarations of €9,999. The two admitted that “they [had] committed mistakes unintentionally when initially providing the figures in the Register”. This was noted by the secretariat which decided to take no further action. There seems to have been no attempt to verify whether the new information was accurate.

The secretariat did take up our other three cases and ASD eventually updated to €298,000 while the European Round Table of Industrialists updated to €800,000 - €899,999. Again, no further action was taken, despite the massive increase in reported lobby spend, and the lobby register secretariat told us that it considered all updates to be “satisfactory”.

This very much fits with the pattern of how the secretariat handles such complaints. In January 2015, NGOs complained about the then registration of Goldman Sachs which gave a 2013 lobby expenditure figure of less than €50,000. The NGOs suggested that Goldman Sachs had substantially under-reported its true lobby spend, especially considering the €450,000 it spent on two EU lobby consultancies between January 2013 and June 2014. Since then, the investment bank has updated its registration to report €700,000-€799,999 lobby spend for 2014, although this is still a far smaller lobby spend than Deutsche Bank (€3,962,000 reported lobby spend in 2014) and Credit Suisse (€1,250,000 - €1,499,999 for 2014). Goldman Sachs received no penalty or sanction for its previous entry.

We find this situation problematic. The lobby organisations we complained about have secured numerous meetings with the top levels of the Commission (according to Integritywatch) since 1 December 2014, the date when it became a requirement to be part of the register to hold such meetings. But it makes a mockery of this policy if organisations can secure and hold such meetings on the basis of misleading or inaccurate lobby register information. In our view, registrations, especially in such important areas as financial disclosure, should receive far more scrutiny and tougher sanctions for inaccurate or misleading information, for example fines or temporary suspensions from the register (which would also then prevent them from lobbying the highest levels of the Commission).

Meanwhile, the fifth organisation we complained about, CCE, has also changed its entry. However, it now declares less than before (€9,500) and has transferred to the 'think tank category'. Questions still remain about the lobbying activities of CCE.

According to CCE, one of its regular tasks is to advise and make recommendations to the Commission and the president of the European Council. CCE has held at least nine meetings with the top levels of the Commission since December 2014, including on energy, investment package, capital markets union, circular economy and others (according to Integritywatch). CCE says its whole funding comes from large European corporations (without disclosing which ones) and that some of its representatives come from the corporate sector, but that such people are forbidden from promoting their companies' interests. This may be the case, but the interests of one multinational are often very similar to those of other multinationals, and certainly different from the interests of people and planet! This kind of interest representation must surely be considered as lobbying.

Additionally, CCE declares 2.5 full-time equivalent (FTE) staff as working on issues related to the register. Yet while the guidelines of the transparency register clearly demand the full-time equivalent of staff involved in lobbying need to be reflected in the numbers provided in the entry, CCE also says that these 2.5 FTEs spend less than 10 per cent of their time on lobby activities.

The secretariat appears to have taken the revised declaration of CCE on face value, lacking either the capacity or the inclination to probe further and challenge the inconsistencies of the entry. ALTER-EU considers that the powers and general approach of the secretariat are problematic.

The European Commission needs to urgently find the political will to set up a legally-binding register, as repeatedly demanded by the European Parliament (most recently in April 2014), and to close off avenues for lobby influence when big business, or others, post erroneous and/ or misleading lobby activity data.