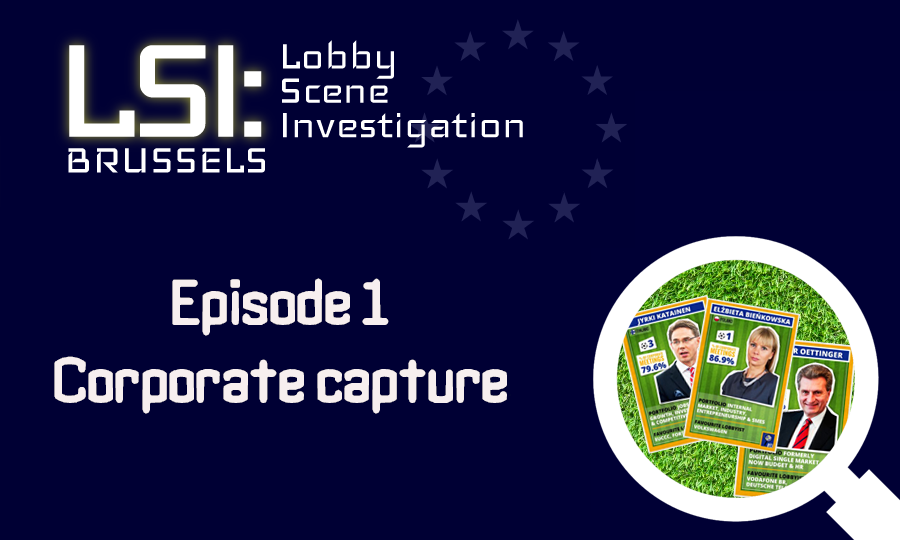 Governments and public institutions such as the EU exist to make decisions on behalf of and in the interest of the people. At times, that job entails taking decisions and setting standards in the public interest which are opposed by industry. That may sound pretty straightforward, but in practice decision-makers still all too often waver under the pressure of corporate lobbyists.

Dieselgate and its revelation of the hollowed-out EU emissions rules have shown unsettlingly well just how far this can go, with industry driving supposedly independent policy-making in total opposition to the public interest – with devastating consequences.

Car manufacturers spent millions of euros on lobbying and infiltrated official EU expert groups to push for self- and off-road emissions testing; all at the expense of people’s health, climate action, and environmental protection.

When corporate interests enjoy such prominent influence in the decision-making process we effectively can talk about corporate capture. But unfortunately, there are many more EU policy areas at high risk of being captured by corporate interests, from key areas of EU regulation like trade, energy and food safety.

This risk is often exacerbated when EU institutions actively seek policy input from businesses, as recently exemplified by the European energy sector.

The Commission’s primary provider of ‘expertise’ on the gas transmission network, for instance, is the European Network for Transmission System Operators for Gas (ENTSOG) – a group that represents the interests of 45 companies, most of which run national gas distribution systems in EU member states and are subsidiaries of large international oil and gas companies.

ENTSOG is known to defend the legitimacy of gas in our energy mix against any other energy source. Nevertheless, the group holds a privileged position, giving advice right at the heart of the EU’s energy policy – a dynamic which has led to the European Commission’s excessive support for the gas industry.

The consulting industry has a role to play in informing policies, but it must not be allowed to morph into privileged access for corporate interests or even a prioritisation of private interests over public interest.

This is where transparency comes in. Transparency is crucial in the fight for good governance as it allows journalists, citizens and civil society to scrutinise the relationships between decision-makers and vested interests, and to expose corporate capture when it happens.

Without transparency, a curtain of secrecy descends onto EU decision-making and creates the space for unethical behaviours and undemocratic processes to take root. And yet, transparency cannot be seen as an end in itself; it is much rather a means to expose the risk and the actuality of corporate capture.

Ultimately, the EU needs strong transparency and ethics rules. The three institutions are now discussing what could become a key guard against corporate capture, a revised Transparency Register. To be strong and effective, the revamped lobby register should enable us to know precisely who is lobbying whom, on which topics, with which budget and on whose behalf.

The Commission’s recent reform proposal for the register not only lacks in ambition but also suggests to cancel out some of the best elements of the current register, namely its broad definition of lobbying, which covers both direct and indirect influencing activities.

As anyone familiar with the Brussels bubble knows, corporate lobbyists influence EU decision-making in many ways, from sub-contracting work to lobby consultancies to funding think tanks and producing industry-friendly research, as well as meeting directly with officials, members of the European Parliament (MEPs) and commissioners.

Come what may, the EU lobby register must be made legally binding. This is the only way to ensure adherence to the rules and to increase the register’s currently poor data quality. Until then, a “no registration, no meeting” rule must be adopted by MEPs, permanent representations, and all EU officials.

Transparency is not the final purpose, but it is the first step towards better democratic scrutiny as well as the basis for fighting corporate capture. Only once the extent and leverage of corporate influence is fully known and understood can effective measures be put in place to safeguard public-interest decision-making against the capture by much better-resourced corporate interests.

This blog first appeared on EurActiv on 2 October 2017.

This is the first in ALTER-EU's blog series Lobby Scene Investigation Brussels.