LSI - Episode 7 - Our man in Brussels 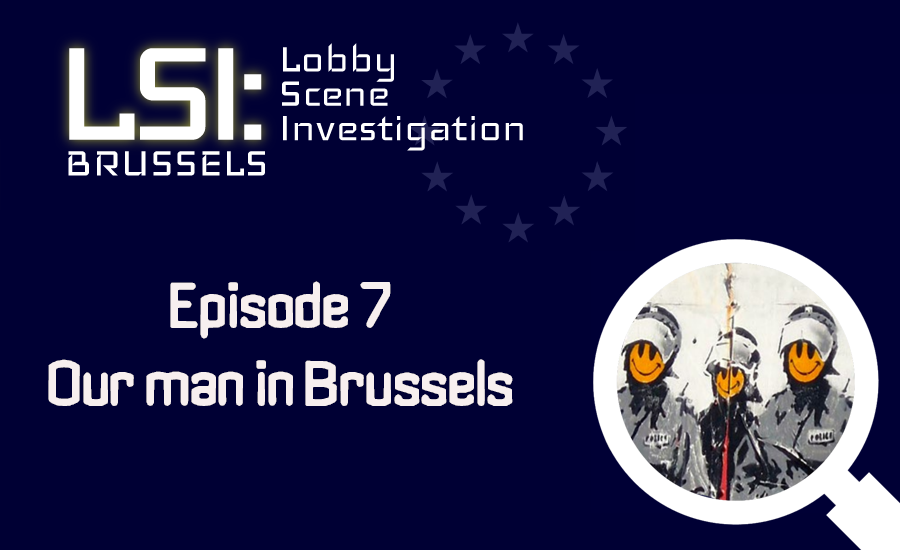 Why is it that the US has been able to legally sanction political fixer Paul Manafort for failure to disclose details of his lobbying for the Kremlin-backed Ukrainian Viktor Yanukovych government, while in the European Union – where he also operated a multi-million euro lobbying operation for the same regime – there are no consequences whatsoever?

The contrast with the US brings into sharp focus the lack of legally binding power and enforcement in the EU's lobbying register.

Now the Commission, Parliament and Council have the perfect opportunity to reform the register and at least deliver some actual change.

Because the Manafort case is not an isolated one.

At the heart of the EU in Brussels, public relations professionals and lobbying consultants are working for some of the world's most autocratic regimes and human rights abusers. These companies whitewash their clients' images, smear dissidents and opponents, run elections, hide abuses, and lobby for lucrative investment, trade deals, aid, and political support with the EU institutions and member states.

And we have no way of knowing for sure who they are, how much they are paid, or what they are up to.

While some firms and lobbyists working for these clients in Brussels are entered in the EU's voluntary Transparency Register, others do not appear on it at all. Even those that do register may be omitting controversial clients and massively under-reporting lobby spending.

The current negotiations for reforming the Transparency Register provide the perfect opportunity to change this and we expect that all three institutions will be able to contribute to delivering results.

However, while the commission has tabled its proposal, it has failed to make it mandatory for consultancies, PR firms, and lawyers employed in Brussels that lobby the EU institutions on behalf of foreign governments to register.

A 2015 report by Corporate European Observatory Spin Doctors to the Autocrats uncovered what appeared to be massive under-reporting of lobby spending by a front group tied to the former Ukrainian regime, as well as a number of other cases of repressive regimes whose lobbying was missing from the register.

The cases CEO discovered were likely to have been the tip of the iceberg.

But without stronger EU transparency rules for lobbyists for foreign governments, it is extremely difficult to uncover the full picture.

It seems unlikely that China, for example – which as of October 2018 had no less than 20 active registrants in Washington, including several multinational lobbying consultancies – is paying none in Brussels to lobby the EU, but the People's Republic and its various departments appear nowhere as clients in Europe's Transparency Register.

The weakness of the EU's transparency register means it is only thanks to US investigators that we know that Paul Manafort paid millions for ex-politicians from around Europe to lobby for the former Ukrainian government.

Brussels contrast with Washington
One of the legal charges brought by the FBI was over Manafort's failure to register his client under the Foreign Agents' Registration Act (FARA).

FARA came into force in 1938 to monitor foreign influence on US politics, after American public relations firms took on – among others – Nazi Germany as a client.

It requires "total public transparency over the operations of foreign agents in the US"; the law was subsequently amended to "shield the US Congress and the president from foreign-influenced grassroots lobbying shaping policy, legislation and lawmaking".

Post-Manafort, FARA is coming under fire for loopholes and reporting failures, and there are various proposals underway for strengthening it.

Yet being mandatory, at least it allows legal retribution for failure to register as a lobbyist for a foreign agent. And enforcement works: as a result of the attention on Manafort, in 2017 FARA registrants increased 50 percent from the preceding year.

Thus, FARA remains far more robust than anything the EU has in place.

Meanwhile the lobbyists that fail to file information on lobbying for non-EU governments in the European transparency register face no sanctions whatsoever.

There is simply no enforcement mechanism to do so.

As the Alliance for Lobby Transparency and Ethics Regulation we are demanding that all lobbyists for non-EU governments should be required to register.

The lobby consultancies, PR firms, and lawyers employed to lobby the EU institutions on behalf of third country governments, or to promote their image, should be required to declare all such clients, with details of expenditure and the policy areas being lobbied on.

In the light of the Manafort case, as well as the others that Corporate Europe Observatory has uncovered, it would be interesting to learn what the European Commission's case is for why regimes – in particular autocratic and undemocratic ones – are able to use consultancies and front groups to lobby the EU without mandatory reporting requirements, and why the EU's register for foreign agents should be so much weaker than that of the US?

In a time when anti-democratic forces are gaining ground the case for better scrutiny and commitment to a legally-binding register seems unavoidable.

This blog first appeared on euobserver on 22 October 2018.
This is the seventh in ALTER-EU's blog series Lobby Scene Investigation Brussels.