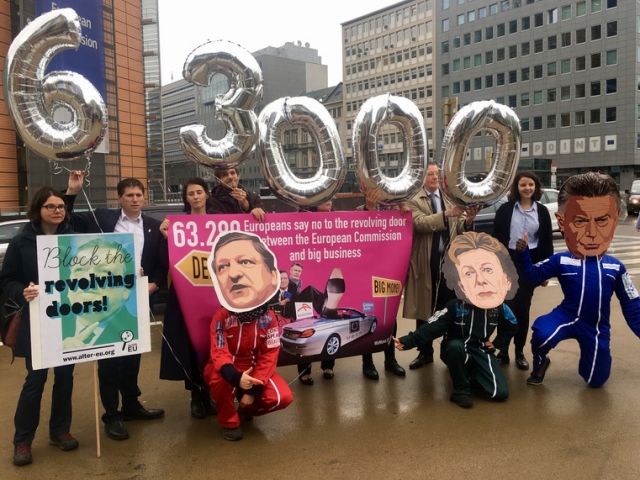 In the State of the Union speech this week, European Commission President Juncker announced reform proposals for Commissioners’ ethics rules. Plans for greater transparency of the institution’s ethics committee are of course welcome, but will not deliver the ethics system overhaul that would keep former policy-makers out of big-business jobs, according to the Alliance for Lobbying Transparency and Ethics Regulation (ALTER-EU).

“Juncker’s reform proposals for the Commission’s ethics committee seem like a mere rebranding. They will not help to make the committee independent.

“Barroso, Kroes and De Gucht all went through the revolving door into big-business jobs while the Commission looked on. Without an overhaul of the ethic committee’s appointment process, a greater remit for its investigations, and the ability to enforce its recommendations, it will remain a toothless self-policing system.”

The proposal also includes plans to extend the period during which former Commission members need to notify the ethics committee of big business jobs they intend to take up. Former Commissioners would then have to report new appointments for a period of 24 months after leaving the institution, instead of 18 months, while the reporting obligation for former Presidents of the Commission would be extended to 36 months.

“At the moment, the notification period is the Commission’s main tool for preventing potential conflicts of interest for ex-Commissioners. But clearly with one in three departing members of the last Commission going through the revolving door into roles with corporations, or other organisations with links to big business during this period, it’s just not working.

“The slight tweak is not enough. An adequate cooling-off period must be much longer and include wider lobbying bans and stricter guidelines to prevent possible conflicts of interest.

“We hope that the Commission will continue to improve its proposals to follow the demands of citizens, MEPs and civil society to properly protect policy-making from conflicts of interest.”