Publication date:
Monday, February 4, 2013
31st January 2013. That's the deadline the European Commission gave itself, telling MEPs that by that date, it would act decisively to end the corporate dominance of many of its advisory 'expert groups' within DG Enterprise. The promise was part of a deal made last September with MEPs, who had frozen part of the expert groups budget for almost a year in response to the lack of balance and transparency across the whole Commission. However, a short investigation by ALTER-EU shows the Commission has missed its deadline, and in some cases groups have become even more industry dominated. The Commission was due to meet MEPs next week for an 'informal dialogue' to explain its progress – or lack of – and propose future guidelines. However the meeting has been postponed until March. It's clear that extra vigilance and political will are needed if expert groups are to represent all European interests, not just those of big business. For more information, see: http://corporateeurope.org/blog/commission-keeping-big-business-driving-seat-despite-promise-reform-meps-must-get-tough. 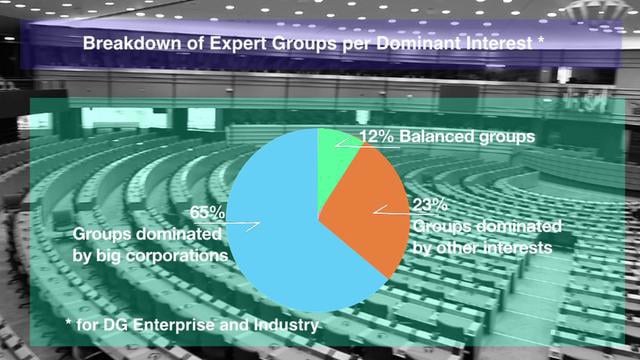